Noticed today same error message shows up in all machines that running the same Task Sequence: 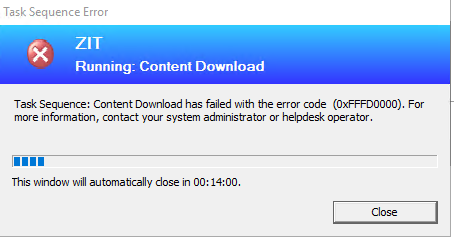 I have tested the same Task Sequence like hundred times, and I am sure there is not issue with the source package itself. So what went wrong? I spent about two hours figured it out, it is kind of my mistake, I would like to let everyone know about it. Don’t make the same mistake as I did!

1. Download Package Content. In this step I staged Package “Custom Scripts” (PackageID: ZIT00012) in Task sequence working directory, and save path as a variable. 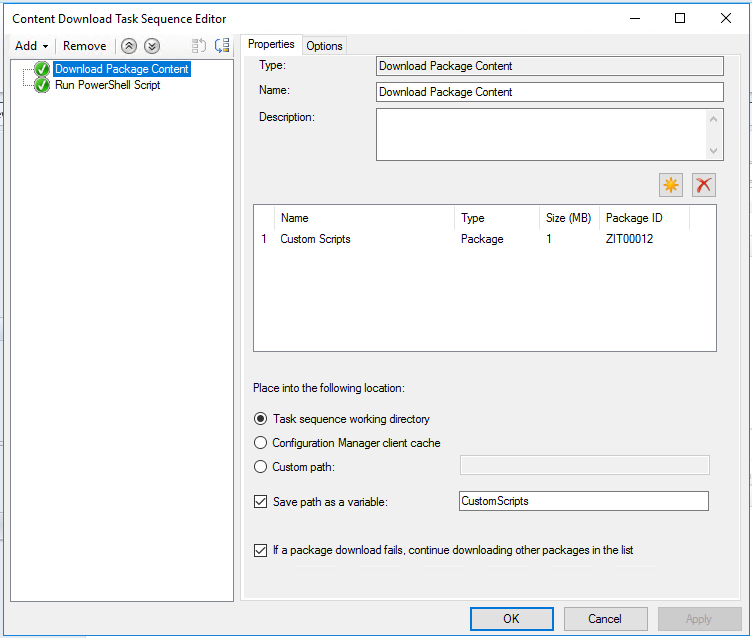 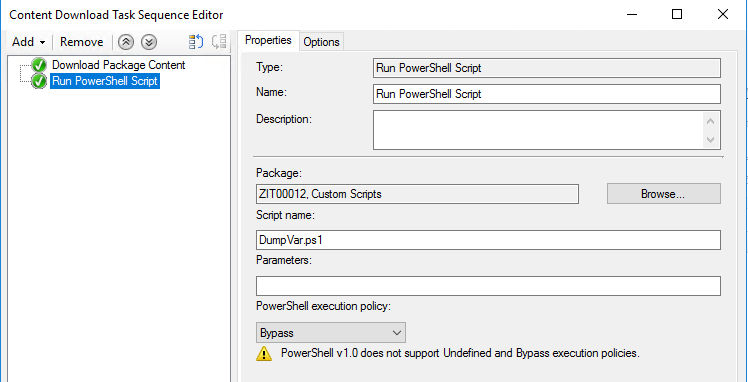 When I was testing the task sequence to my test collection, I used this setting: Deploy to machine collections with Deployment options: Download content locally when needed by the running task sequence 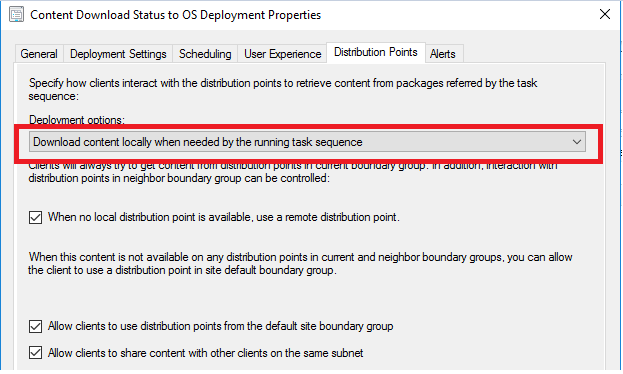 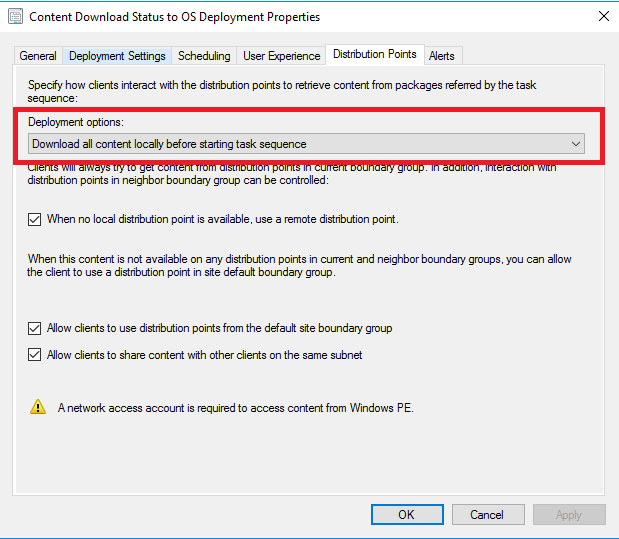 Why scenario 2 failed? This is what happened:

How to avoid this? There are few options that I can think of this moment:

How to fix this? I have been over a week fixing this, here are my results. (Of course first need correct task sequence steps)

This site uses Akismet to reduce spam. Learn how your comment data is processed.

This website uses cookies to improve your experience while you navigate through the website. Out of these cookies, the cookies that are categorized as necessary are stored on your browser as they are essential for the working of basic functionalities of the website. We also use third-party cookies that help us analyze and understand how you use this website. These cookies will be stored in your browser only with your consent. You also have the option to opt-out of these cookies. But opting out of some of these cookies may have an effect on your browsing experience.
Necessary Always Enabled
Necessary cookies are absolutely essential for the website to function properly. This category only includes cookies that ensures basic functionalities and security features of the website. These cookies do not store any personal information.
Non-necessary
Any cookies that may not be particularly necessary for the website to function and is used specifically to collect user personal data via analytics, ads, other embedded contents are termed as non-necessary cookies. It is mandatory to procure user consent prior to running these cookies on your website.
SAVE & ACCEPT
Loading Comments...